I was quite surprised how well the cowboy hat/boots set-up worked the other day in class… but it’s not there yet. (No shit, Sherlock – it was the first attempt.) So I’ve nicked some killer boots from a friend to add a bit more interest for the next time in class. In the meantime, I figured I’d have a play around at home. The first two images were just taken using normal lamps for light and are reet nasty, but the shape isn’t too bad. 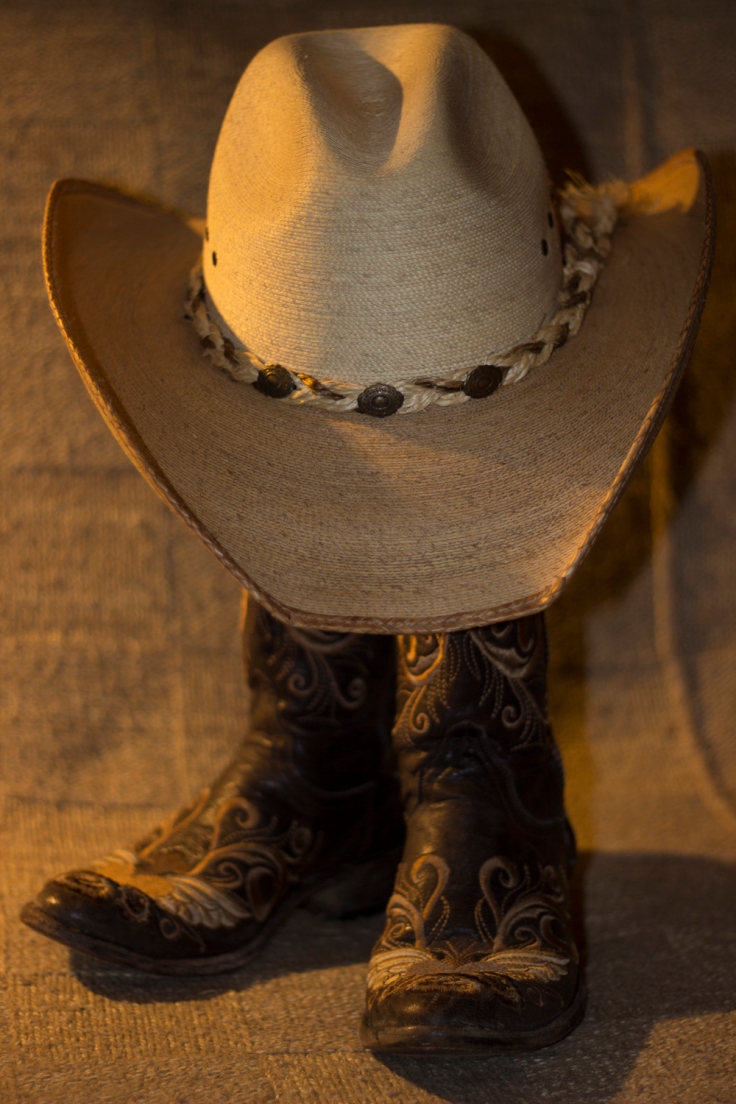 Then I remembered a Quality Street Orange Creme chocolate that’s been leftover since Christmas. So, figuring nobody in their right mind would ever eat it, I binned the chocolate, kept the wrapper and spent the next hour trying to remember how to get my external flash to work with the wireless trigger.

Once I finally figured it out (Top tip: check the batteries are actually working. It really does help.) I stuck the orange cream’s gel-wrapper over the flash unit, got creative with some black gym towels and cobbled together the teeniest of sets, using my bed as the base. This wasn’t the best idea ever as the soft base meant the boots kept keeling over, but it did an ok job. I was more interested in composition than lighting, but the orange gel did give a hint as to how the new boots will look under lights when I eventually get to shoot them in the studio.

Technically, the shots are all over the place and should be a lot sharper, but I didn’t have time to really play around with flash levels, aperture etc, on this occasion. What was more important, for me, was the overall shape. I’ve had a super quick edit of the few I quite like. Shame the zippers for the boots are on the outside leg – I tried turning the boots in on themselves for some shots, but that didn’t work as well on the full lengths as it just jarred with what we’re used to seeing.

Dipping the vibrancy and saturation worked quite well (they were very orange cream) and added a soupçon of old-school Western feel. Still not worked out the ideal layout yet, though.

One thought on “Still Life at Home on the Ranch.”