God knows if it was the fact that we kicked off class with my presentation on The Douglas Brothers or the fact that it was a blue supermoon or something… but this week’s class was batshit crazy.  I mean, we were all over the place.

First off, my Douglas Brothers talk sent us spinning off on a tangent, looking at pictorial photographers of the late 19th and early 20th century, including Robert Demachy

This led to a discussion on the many different (and alternative) print processes and the work of the late Terry King – and also that of Sergei Mikhailovich Prokudin-Gorskii (1863-1944) who used tri-part processing to create highly accomplished colour images more than 100 years ago.

So far so kinda sane. But then we started shooting and set-ups were changing faster than Trump’s twitter feed and none of us had a clue where we were going with it all.

This week we used just one, two and then three lights – the back two fill lights with barn doors – and a reflector (opaque/silver/black options). The main light was on a 45/45 setting. Can’t remember what power setting we were using as my iPhone ran out of battery so didn’t take any setup shots to remind me. Fail.

The shots with Monika in a hat were way too dark in places, so a reflector was used to bounce light up under the rim, without changing the effect of the main lighting source. It helped, but I still think the shots are too dark and the overall effect is a bit meh.

We also added different gels to the backlight barn doors (blue – then blue/green – then blue/red). We played around with the barn door angles, tightening them to create stronger shadows. 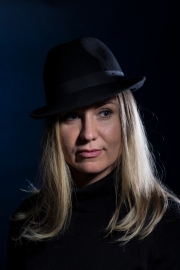 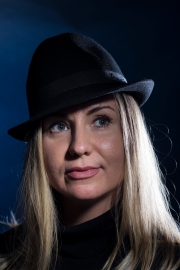 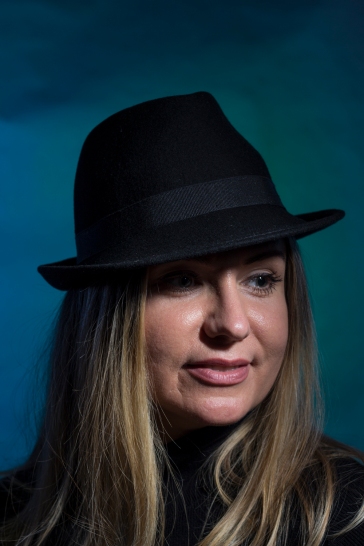 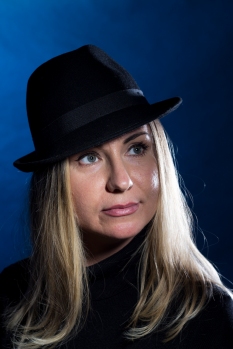 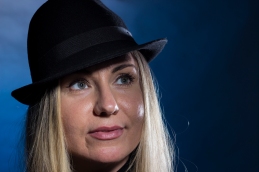 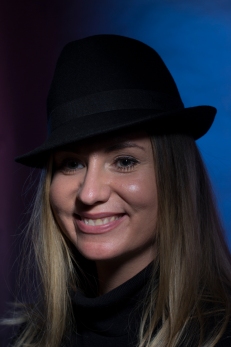 NOTE: Gels work better on a black background than they do white. The effect is more dramatic and less washed out/pastel.

Here’s a rough idea of the lighting setup:

One thing that struck me from tonight’s shoot was that we have to pay more attention to the finer details and I need to invest in some pressed powder for the good of the class. Seriously, neither of my classmates are shiny in real life.  We were all so focused on the actual shots (we were queued up like planes over Heathrow FGS) that we didn’t look any further and sort little issues like making sure our model’s hair was lying flat. If this had been a proper shoot there would have been a fair amount of photoshopping to be done to sort these minor irritations.

I also need to interact more with whoever is modelling and ask them to move more so that I can try different angles and try to begin to understand how to get the best out of someone. I did end up standing on a stool to get a better angle on the latter shots of Anna and I think that helped. I’m also going to ditch the 50mm prime lens next time we shoot models as there were points where I could not have got in any closer without getting the lights into the shot, so my 18-55 lens might have worked better. Any other shooting-tips for a short-arse? Whack them in the comments…

One thought on “Portrait Photography – Week 4”