At speed, so slightly soft 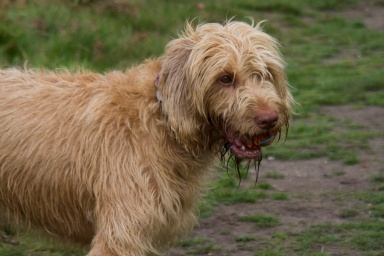 Show me the ball

Focal point is out here. 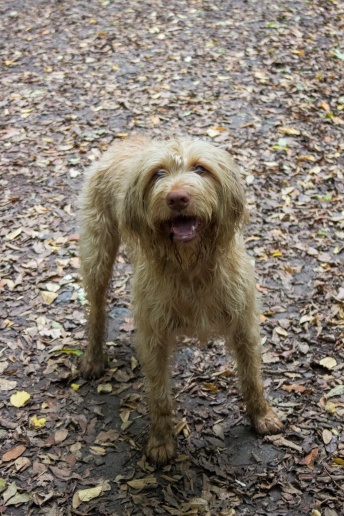 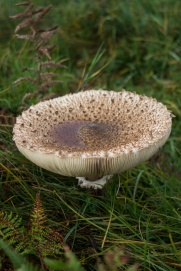 More funghi that you can’t eat. 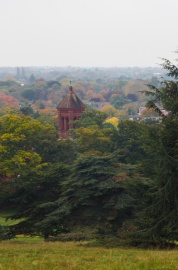 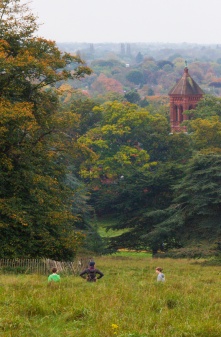 The climb up from Petersham

A very small man and dog attempt to run along a bench at high speed. 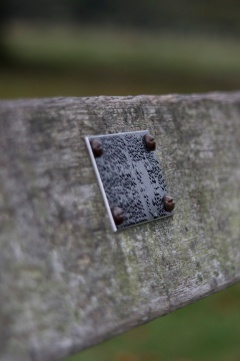 The DOF on here seems harsh – no real gradual demise.

Parklife continued: this time starring Daisy the Wirehaired Vizla. Daisy is like shit off a shovel and does not stay still for a second, so I had to experiment with shutter speed, aperture and ISO to try to come up with a combination that would achieve a sharp shot. I then had to play around with shot angles to try to get her at least more or less in frame. I am still getting to grips with the 35-135 lens. I can see from the Aidan’s Bench shots that the depth of field parameters are very defined, harsh even. Not sure if that is me or just the lens. I tried varying DOF for landscape shots but couldn’t resist the fast-moving, tiny man running along the top of the bench. There’s a joke that needs work. 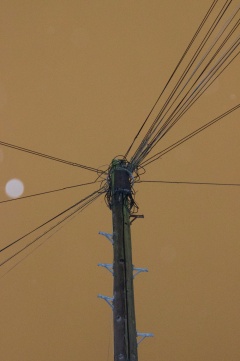 And then the street lights came on…

No flash – stark and hard

ISO high so noisy – but how weird is that for an afternoon’s sky?

Like I said, I got obsessed with a telegrpah pole

I call this my Rothko…

Having swotted up on the colour of light, this week’s bizarre orange/red sky came like a gift from God. A sky so alien, so dark that by 3pm the street lights of Sheen were on full, I was lucky enough to have my camera with me to document the other-worldly strangeness of it all. A chap walking past said, “So, if it is the end of the world, at least you’ll have the photo’s to prove it.” I just nodded in agreement as, by that point, I had become quite obsessed with a telegraph pole – it’s graphic lines against the surreal sky combined for a multitude of modernist takes on this unnatural natural event. I shall call them my Alexandr Rodchenko Series.

The cause of it all? Not an almighty storm as I first supposed, but Saharan red dust floating high in the atmosphere, combined with smoke from almighty Portuguese fires. This meant that more red light was coming through than blue light, which was getting scattered and reduced.

The fun started when I added flash, making the metal steps spark. The only downside was the ISO was quite high because of the lack of light, so the shots are quite noisy. It’s a shame I didn’t have my tripod. That said, I still plan to tweet Elton John to see if he wants to add them to his modernist collection. I am sure we can agree on reasonable rates.

If it worked for Warhol 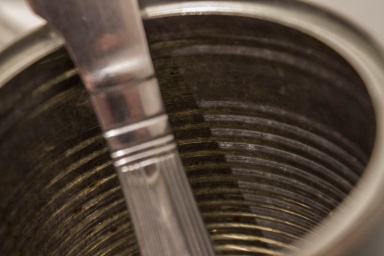 Making the most of the emergency lighting 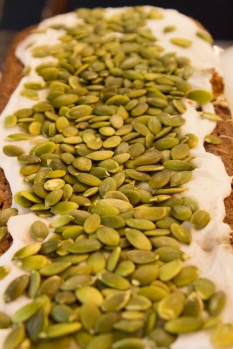 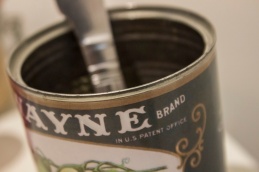 Some more for the Cafe-society set. How many times can you photograph the same tin? Dunno, but it worked for Andy Warhol. No tripod to hand – and it shows – but I tried to make the most of the strange blue light (no, nothing in the air at this point; just an ambulance outside the cafe attending to a passerby who had taken ill). I also worked on varying focal points and DOF. I must take the tripod next time as I want to see what I can achieve working with slow shutter speeds in a busy, colourful cafe.

In a week that saw a “Celebrity Milliner” pay the price for assuming that the testosterone-fuelled, bellowing inhabitants of Richmond Park are up for selfies; I made certain to observe health & safety considerations at all times. When shooting in the park and on the high street, I made sure not to block pathways or pavements or present an obstacle to others. Ditto shooting in the Cafe: I ensured I was either not in the way of waiters and other customers and that they were aware of my presence. I also paid due care to my own safety by ensuring that I was fully aware of my surroundings and never in a position where I could be hit by oncoming traffic or wayward slabs of cake, or attacked by a rutting stag.