WE DON’T DO THINGS BY HALVES HERE, WE DO THEM BY THIRDS…

Photography, as I am fast discovering, is underpinned by a set of rules. And when it comes to composition, there is one rule that rocks the world: the rule of thirds. If you ever played noughts and crosses as a kid, then you already know what the rule of thirds looks like. But just in case you had a deprived childhood – or a Gameboy –  here it is.

Picture a box divided up by two horizontal lines and two vertical lines, so as to create a grid of nine separate, equally sized boxes, each a mini-me version of the sum of its parts: that’s your rule of thirds.

The aim is to have the main interest/dividing points of your image falling roughly into line with those of the grid. If you can tie-in the absolutely key elements so that they hit the points of intersection (the red dots) so much the better.

A simplified version of the art world’s Golden Ratio, that was used to such great effect by grand masters such as Leonardo da Vinci, Michaelangelo and Botticelli, ROT’s a hugely effective compositional technique for making images more interesting, exciting and downright aesthetically pleasing. (Which is a very long-winded way of saying that if you keep everything dead-centre, your photos will lack unpredictability/verge on dead boring.)

Nobody seems to really know why observing the rule of thirds or golden ratio makes images so much more pleasing on the eye, but it does. (Apparently, it’s all down to some hardcore Maths formula – think Fibonacci Series and golden number of Phi – so way beyond my comprehension.) Somewhat bizarrely, though, the Golden Ratio appears not just throughout art & architecture, but in the natural world, too, which is probably proof that aliens live among us.

THE GOLDEN RATIO AND THE NATURAL WORLD.

WHAT ARE RULES FOR, IF NOT TO BE BROKEN?

It would be a hugely boring world we live in – albeit a Golden Ratio world – if all art stuck to this formula. Other ways to add interest to images are:

BALANCING ELEMENTS: Using points of interest in the fore & background of shots.

LEADING LINES: Curved or straight, man-made or natural, lines lead you on a journey through the image. Look for a vanishing point – the end of the line – for the eye to work towards.

SYMMETRY: Used carefully, symmetry can work, but only if there is something to slightly skew it, an imperfection, say. Reflections – especially those found in nature – are an effective use of symmetry.

An iconic example of “not quite symmetry: used to immaculate effect is Diane Arbus’ Identical Twins, Roselle, New Jersey, 1967. Two seemingly identical girls in seemingly identical poses, yet somehow Arbus manages to capture in one frame the underlying fact that, no matter how we might first appear, we are all very much individuals in our own right.

DEPTH: Not to be confused with Depth of Field, depth adds staggered levels to an image, which draws the eye through from one level to the next.

DEPTH OF FIELD: Ditto DoF. How much of the background you chose to depict, and how sharp or soft that depiction is, can transform an image.

VIEWPOINT: The angle of shot and focal length can dramatically alter an image’s ability to engage the viewer. This wide angle, low-angle C/U of my dog is far more intriguing than had I simply shot from hand-height. 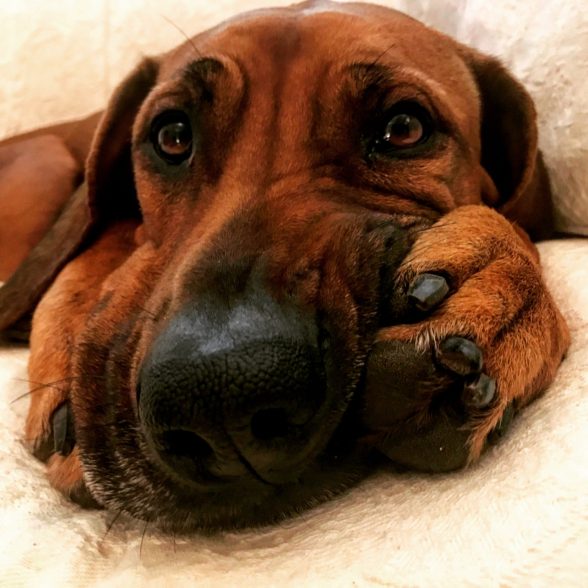 FRAMING:  The use of abstract or natural frames – shooting through trees, say – can add interest.

CROPPING: An after the event trick, creative cropping can transform a dull photo, possibly into something that you didn’t notice at the time. But you can’t add in what was never there in the first place, so shoot to protect in the first instance.

REPETITION: Another tool for driving the eye into the shot.

Me, a little less so!

But for an absolute masterclass in composition, look to the work of Henri Cartier-Bresson. A man who used the rule of thirds so instinctively that you would be forgiven for thinking he had the tic-tac-toe grid tattooed onto his eyelids. 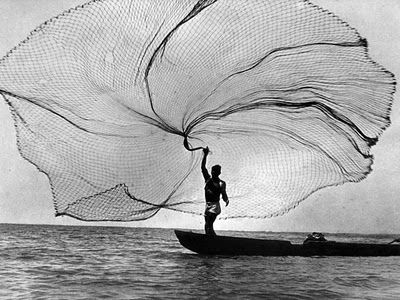