It’s been tipping down. I mean, tipping down. Non-stop bloody rain. The use of long exposures for ICM can mean you need to resort to an ND filter and Polarised filter to deal with light levels and boost colour. But I don’t think I’ve seen the sun for more than an hour in the last week or so, so I haven’t had the chance or the need to resort to that.

When it did stop raining – for all of five minutes – I rushed out into the garden to experiment. I had no idea how long an exposure I needed, how much to move the camera, not a clue. So I just faffed about with the aperture and exposure to give me a combo that would allow time to move without over-exposing the shot. As a result, I ended up with quite a high f-stop.

I kept the ISO at 100. I used auto-focus but switched to manual to lock it in place. I was using my 50mm, so didn’t have an auto-stabiliser to worry about. I shot handheld.

The results were, er, interesting. In some, the movement was too intense. In others, not enough (which just left my brain horribly confused in). These two were perfect examples of that.

Clearly, if you’re just trying to hit lucky – as I was – you’re going to need to shoot an awful lot of images.

But one or two kinda worked. We’ve been learning Photoshop basics for the past two lessons, so I tried to use some of what we’d been practicing. 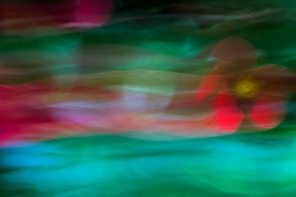 If I could remember what I did quickly enough, I’d tell you now. But I can’t. So I’ll post in more detail about that another time.

In the end, I gave up trying to shoot anything outside and bought some brightly coloured stocks. I tried a variety of apertures and movements. The shot I liked the best is just an abstract burst of colour. Not quite Chris Friel but ok for a first attempt.

A few days back I’d found a shot of rain on a car windscreen that I’d taken a year ago that I figured would be interesting to use in some way. So, seeing as I was having a play on Photoshop, I checked out some youtube tutorials about overlaying images. And here’s the end result. 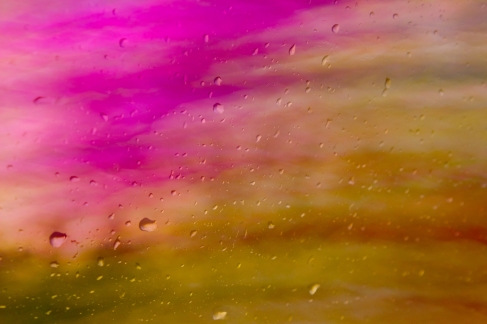 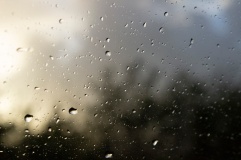 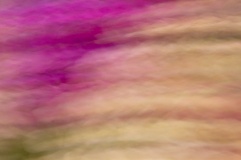 I think things are going to get even odder over the next few weeks. I was blown away yesterday by The Shape of Light exhibition at Tate Modern. A friend and I went up to the members’ preview (it opens to the public today) and we got there just before last entry. We were worried it was going to be heaving but we were the only people there. It was like being royalty. The entire exhibition at our personal disposal. Magic.

And in that huge, empty space, our minds had room to whirl and we had time to think about the infinite possibilities that lie before us and how sometimes absolute fact is not all that.

Dreams and Reality? This is just the beginning.