So, I started off taking pictures up in Sheen Common and Richmond Park, as that’s where the hound and I spend a part of most days. Dog-owners; dog-walkers; the dogs themselves: the canine world is not short of colourful characters and I figure that, over the next few months, I should be able to achieve various candid shots that work to fulfil Project 1’s brief. And, yes, I do harbour the fantasy that, one day, I will merge two things I love – dogs and photography – and become some uber dog-trainer/pooch-snapper extraordinaire who spends her life taking pictures of puppies (not a euphemism) while being paid handsomely for the privilege. 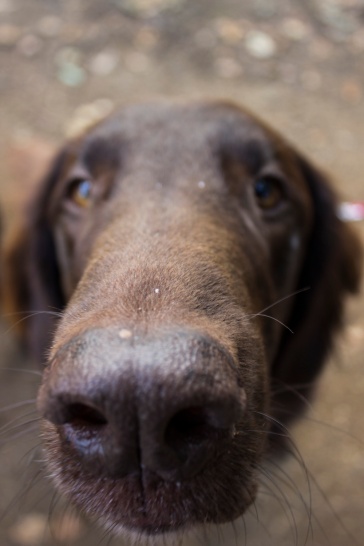 BASIL PROFILE – REMINDER TO CLEAR BACK OF SHOT

Should have put the collar on the right way up, though…

And while I’m in the park (which is, honestly, one of my favourite places in the entire world), I can document autumn turning into winter, which will be pretty cool, too. Or just take reportage-style shots of all the crap that some vile visitors (the type who feed crisps to deer and who I’d happily swing for) leave behind. 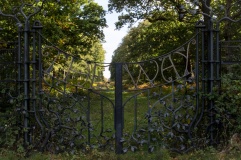 Bit soft – not sure why 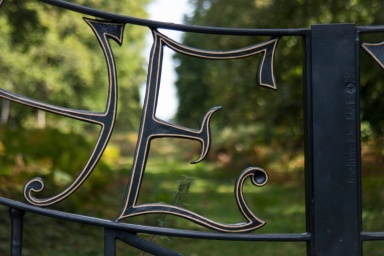 Detail of The Way Gates in Richmond Park 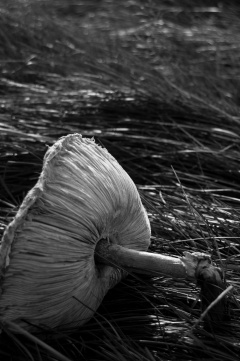 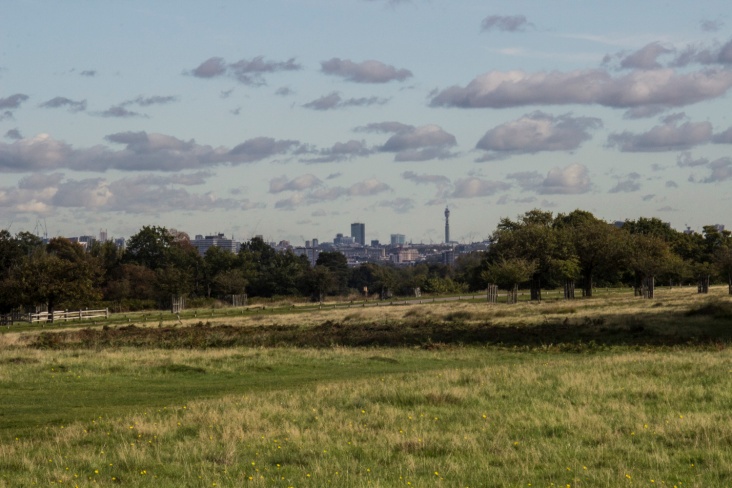 I used my normal 18-55MM lens to begin with. My second trip out I switched to the 35-135 that I’ve got on loan from Auntie A. Sometimes this lens works beautifully (like back here, in the summer), but I’ve struggled with the focus on it a bit recently, including when I was in Canada and on this set of photos. I don’t know what I am doing wrong. I’ve noticed that the ISO seems high on these recent pics – I could have sworn it was set on Auto – but maybe I’d inadvertently changed it? Either way, while I get that I don’t have the same close-up potential as I do with the 18-55, there are still too many focal ****-ups to make sense. I’ve included some here to show my workings (even though it goes completely against my inner-control freak to publish anything I am not happy with); they’re rubbish, that’s all you need to know. But if you’ve got any clues as to where I am ******* up, fire away in the comments section, below. (My darling brother, I expect to hear from you in due course.)

PHOTOS THAT DID NOT WORK… OH, THE SHAME. 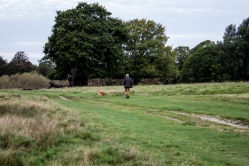 Beautifully turned out – shame the shot is so soft

WHAT’S THE ISO DOING?! I AM NOT TO BLAME!

The above shots bug the hell out of me – I can’t have changed the ISO as it is all over the place. For example, the last shot of the dog on the hill has a ridiculously high ISO for a very bright day – and I definitely did not set it on that… The mystery continues.

I’ve also got a bit of a thing for the “camps” of Richmond Park. I used to build camps here as a kid, and one of the best summers of my life as a mum was spent doing exactly that with my son and a gang of his friends, roughly ten years or so ago. They were armed with penknives (we only had one accident). I was armed with tins of G&T. It was bliss. I love seeing how future generations of children continue to use this phenomenal natural space and their unbridled imagination to create incredible – and not so incredible – structures. There is something quite skeletal about a good camp as it starts to blend back into nature; like the bones of an old dinosaur slowly disintegrating. So bear with me as it is quite probable that I will take numerous shots of bits of wood.

The park is full of camps. I know. I used to build the best ones.